What’s the matter with plastic?

Welcome back to the beginning of a new term which will take us right up to Good Friday!

This week in English we began to discover the worrying facts and figures regarding the global problem of plastic pollution. Did you know that eight thousand millions tonnes of plastic enter the environment each year, or that there is enough plastic to fill fifteen plastic bags per metre of coastline – the whole way around the Earth?! With all this information and more, pupils have formed campaign teams with a particular objective in mind. Next week we will gather facts to support their cases and develop strategies to help bring about the change they want. MP’s and global companies should be prepared to hear from us!

RE saw the beginning of our Lent unit. We started by watching a film adaptation of the story of The Rich Man and Lazarus and then read the scripture. This led to a discussion around whether it is possible to be rich and good which culminated with an analysis of the philanthropic works of Bill Gates and others. Children identified how they could do more good to make the lives of others in the world better.

Have a cosy weekend

Our final week of the half term saw the children completing their ‘spooky’ short stories for the Year 4 children to read at their camping night in the summer term. After editing and improving initial drafts, the children began to publish their final versions. We will complete publishing these stories after half term before starting our next English unit concerning the current environmental issue of plastic waste affecting our planet. The children have already been considering their ‘plastic footprint’ and making a promise to reduce their use of plastic to help the environment.

Thank you for your support in helping the children practise their performance poetry. Tuesday and Thursday afternoons saw their fantastic final performances and we were amazed at how the children were able to recite quite long poems with expression, humour and actions. Even though some children found performing in front of others quite daunting, they showed great resilience and effort. This will have a positive impact on their growing confidence and will be remembered as a personal achievement. Three children have been picked to represent Year 6 in the Grand Final on Friday 9th March- Well done to Joanna Lopez De Sousa, Saoirse Lehane and Tom Gozukucuk.

Lent begins in earnest on our return to school and the children have been given Lent passports to sign at church. Thank you for supporting them in this important time.

Friday afternoon saw the Year 6  children partnering up with the Reception children to complete their painting contribution to the whole school art project that Mrs Pearson is organising. Great fun was had by all and the Year 6 children really enjoy the responsibility of helping the younger children.

Friday also saw the children saying goodbye to Miss Burch who has been in Year 6 since the Autumn term. She has been a valued addition to the Year 6 team and we wish her well in the next stage of her teaching career.

Wishing you a happy half term holiday and we look forward to seeing the children again on Monday 19th February.

Another busy week in Year 6 finished with our second S.T.E.M. day – The Confetti Challenge! Pupils were asked to apply their knowledge of circuits to design and build a device that would ‘hoover-up’ all of the confetti left over after an end of term party. Using only a left over plastic bottle, a motor, batteries, wires and card, many ingenious contraptions were developed along the lines of a reversed hair dryer design. We learnt that the most successful models had fan blades that pulled the air through the bottle; three groups managed to lift confetti off the carpet! All children showed real enthusiasm and a great deal of resilience during the day. Their evaluation of what went well and how they can improve will definately benefit them when S.T.E.M. comes around again!

Talking of resilience and enthusiasm, we were extremely impressed with the way the Year 6 pupils approached their maths assessments this week. The hard work we have been putting in to arithmetic strategies is definately paying off with the majority of children achieving their best scores yet!

Many thanks to all parents who attended the recent SATs information evening; we hope you found it useful. Your child should have brought home their login for the strangely named but brilliantly useful ‘Compare4Kids’ website which will enable them to practise their arithmetic, grammar and spelling through daily ‘bootcamps’.

If you were unable to attend the information evening, the Powerpoint presentation is here: 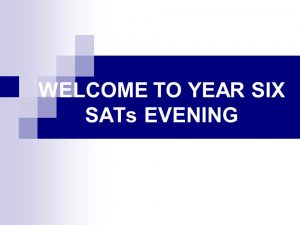 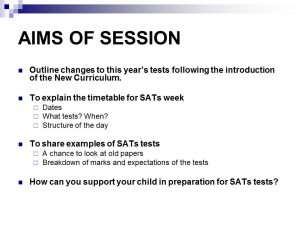 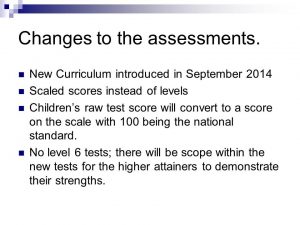 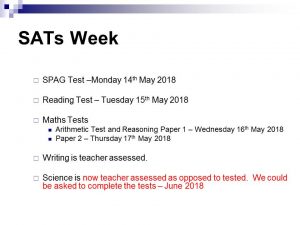 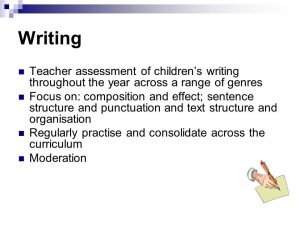 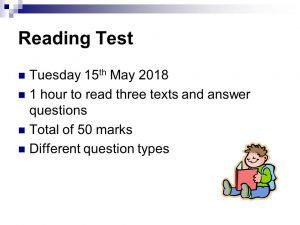 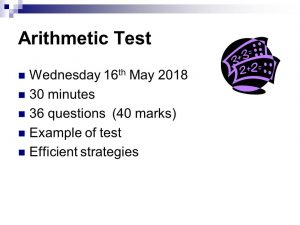 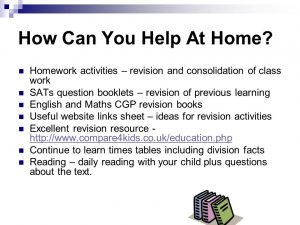 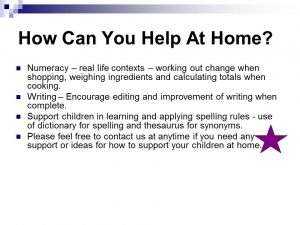