What a fabulous few days of inspiration and creativity. The children moving up to year 5 in September focussed their studies on the bright, bold and colourful creations of Brazilian artist Beatriz Milhazes. We spent time looking at examples of her work, finding out about her career, techniques and inspirations, practised mixing our own colours using the primary colours before finally producing our own Milhazes style creations.

The children in both classes worked extremely hard and impressed both myself and Miss Whitehead with their attitude and maturity. We are very much looking forward to September where the children will be encouraged to continue exhibiting such brilliant approaches to their learning.

I look forward to seeing you all then. Have an enjoyable and restful summer break.

Please take a moment to marvel at the children’s creations. 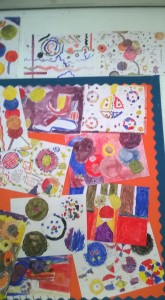 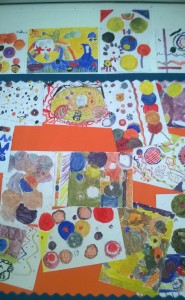 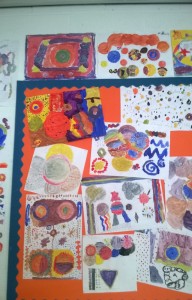 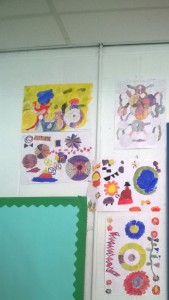 Swimming lessons come to an end

Today was the final swimming lesson for pupils in 5C (5H had their final lesson last Wednesday).

It has been fascinating to watch the sheer amount of progress that the children in year 5 have made and they should all be congratulated on their effort, determination and enthusiasm.

Today (and last Weds), the children faced their biggest challenges to date as they were tested to the absolute limits of technique and endurance.

All children had to put their swimming abilities to the test as they were challenged to swim distances of various sizes (I’ve tried to avoid using the word length). Some children, who at the start of the nine weeks had never been in a swimming pool before, had to prove their ability by swimming 25 meters. Some had to swim 50 meters, while others were simply asked to swim as far as they could.

Huge efforts from everyone meant that all children came away with at least a certificate to say they could swim 25 meters.

A special mention to the ten children who showed real commitment, guts and stamina by swimming a whopping 64 lengths (1 mile). They were:

As mentioned, these were not the only children who outdid themselves and it was intriguing to watch each and every one push themselves to the extreme.