This morning  Miss Shaw told us to line up quickly. We were  going to preform in a pantomime- Puss in Boots. So we went to the hall and

then got picked a few at a time. Then  we started to have a practise. When the real show started it was so funny even the teachers

smiled. We had Queen Matilda and Princess Ariana, a troll who could turn into  anything, Puss and Puss in Boots.

Joshua and George B were guards of the troll, Theo was a donkey, Lilly R, Monet, Anna and Kafui were bunnies,

Samuel and Freya B were water, George G and Andrew were bushes, Muck spreaders were Aeryn, Cody, Yohan and Nicolas,

And Liam, Holly and Alicia were part of a castle. Sienna and Kristopher were servants, Joseph was the chef and Isla was the mouse!

The songs we sung were, Little Mix- Black magic, Years and years- king, Never walk alone and Jess glynne- Don’t be so hard on yourself, we loved singing along.

It was really good and at the end the audience clapped and danced. 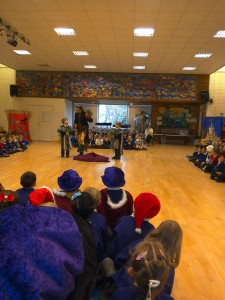 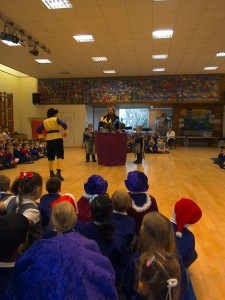 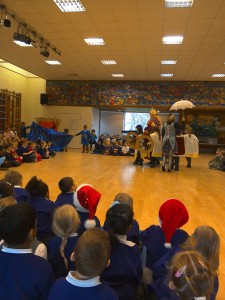 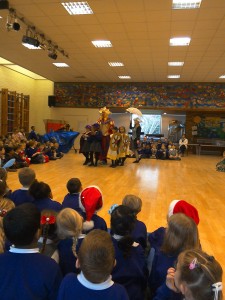 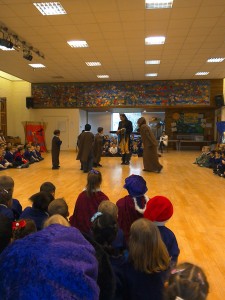 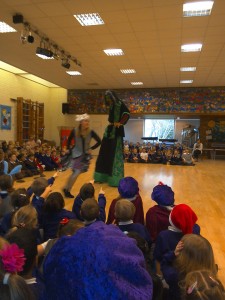 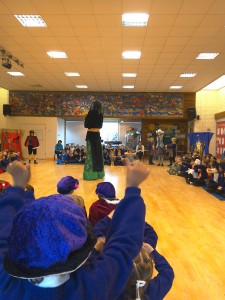 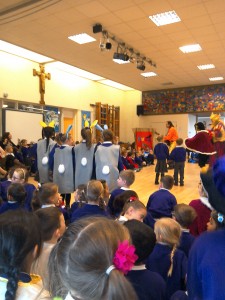 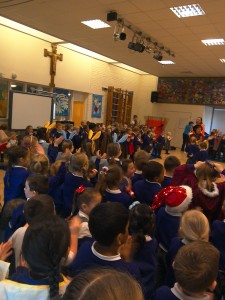 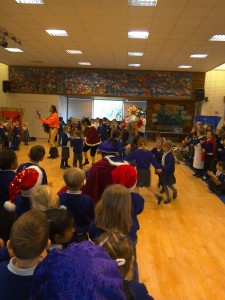 Check your green home learning books for any spellings you need to practice.

However, If you scored 15/15 on the recent spelling test, you can use the dictionary to find trickier words starting with ‘il’ for your home spellings this week such as illegal.

Times Tables:  Remember to check which times tables sheet you have chosen to practice at home.

Has the book ‘The dark’ By Lemmony Snickett inspired you to do any writing this week?

We have also started our next RE topic of Advent, you could make your own advent calendar with key messages from the bible or any Advent homelearning ideas that you have. 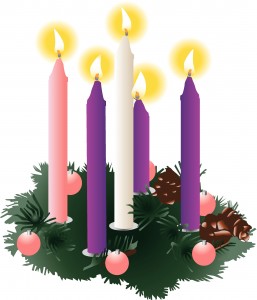